Advances in artificial intelligence in the early 2010s, particularly in deep learning, triggered a new wave of panic and fear about technological-induced unemployment. Further intensifying those fears were a host of sensational articles about the magical capabilities of AI algorithms and ambiguous statements by company executives creating the impression that human-level AI is just around the corner.

But the past few years have only highlighted the limits of current AI technologies. At the turn of the decade, as the world locked down, we got to see whether the promises of artificial intelligence and robots replacing humans would materialise.

But while AI isn’t ready to replace humans, there’s no denying that it will change the employment landscape, including areas that were previously considered to be off-limits for technology and automation. AI will not eliminate humans, but it will redefine the economy, creating many new jobs and making some of the old jobs obsolete or less reliant on human intelligence.

Robot-Proof: Higher Education in the Age of Artificial Intelligence, a book by Joseph E. Aoun, discusses how the universities and higher education institutions will have to adapt as “Any predictable work – including many jobs considered ‘knowledge economy’ jobs” come within “the purview of machines.”

Aoun’s message: “To stay relevant in this new economic reality, higher education needs a dramatic realignment.” And in Robot-Proof, he provides a roadmap for developing a lifelong education system that will enable future generations to engage in not one but many professional careers throughout their lives.

AI is not the first technology to change the way we work. The steam engine, electrical power, the telephones, railroad, automobile, aeroplane – these are some of the technological advances that brought fundamental change to human life and labour. In every case, human labour was replaced by a medium that could get the job done faster and more accurately.

In every instance, old jobs were destroyed as new ones were created. And while we humans are usually reluctant to embrace change, as history shows, we’ve always done what we’re good at: adapt. Within a generation or two, humans changed their habits and learned skills to harness the new technology and make their lives more efficient. The people of the mid-19th century couldn’t imagine a world lined with millions of miles of asphalt roads and fast-moving cars – we can’t imagine a world without them. In the 1960s, there was little trust for the first ATM machines. Today, there are millions of ATMs worldwide. Twenty years ago, there was no sign of Facebook and Twitter. Today, they’ve become fundamental pieces of the socioeconomic puzzle across the world.

But what makes artificial intelligence different is the pace of change it will bring. AI itself is not a product, but an infrastructural technology that will help accomplish a wide range of tasks. Stanford University professor and Coursera Founder Andrew Ng describes AI as the “new electricity.” 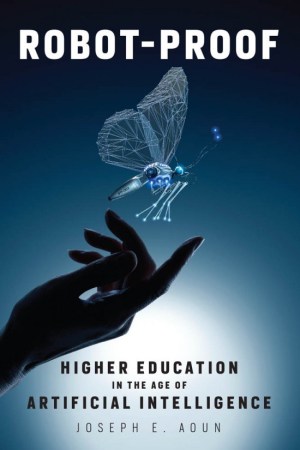 “It is clear that the current digital revolution is different from previous technological leaps because machines now seem to have no limit to their potential processing power – no limit to their intelligence,” Prof. Aoun observes in Robot-Proof. “In any predictable task, computers have humans at a cognitive disadvantage. And because software is cheap to copy, any digital advance can be instantly replicated throughout the world.”

“Any predictable task” is an overstatement. There are still plenty of tasks where current AI algorithms perform very poorly, especially when the real world deviates too much from their training examples. But Aoun is right in that there are many areas that deep learning algorithms perform better than humans, especially when there’s enough annotated data to train deep neural networks that can perform precise classification and prediction tasks. And the domains that AI algorithms excel at continue to expand as scientists develop new methods and structures to overcome their shortcomings.

It's also contestable that computers have humans at a “cognitive disadvantage.” A more accurate term would be that computers have humans at a, well, “computational” disadvantage. Thanks to advances in computer hardware, AI algorithms can peruse through massive amounts of data and find relevant patterns in a fraction of the time it would take humans to do the same thing. As long as the answer lies in the data, whether through search or pattern matching, the right AI algorithm (naturally, created by a human) will outperform the human mind.

While AI will probably not replace humans altogether anytime soon, it will complement humans and amplify their speed and accuracy in performing tasks.

This brings us to an important conclusion: While AI will probably not replace humans altogether anytime soon, it will complement humans and amplify their speed and accuracy in performing tasks.

In many fields, this means we’ll finally be able to meet the growing demand for human expertise. An example is cybersecurity, where there’s a huge skills gap as the industry needs more and more security experts to secure our increasingly digitised world. But in other fields where the supply already meets demand, it might reduce the need for human experts. For instance, a radiology expert equipped with the right deep learning tools might be able to double or triple the number of x-ray scans she sees every day.

The third point Prof. Aoun makes, “Any digital advance can be instantly replicated throughout the world,” is also very important and lies at the heart of the AI disruption. Software-only solutions do not rely on expensive production chains. And with cloud computing and internet connectivity becoming ubiquitous, they will quickly become accessible to everyone. This is why changes brought by AI will be much faster than previous technological revolutions.

How to stay competent in the age of AI? 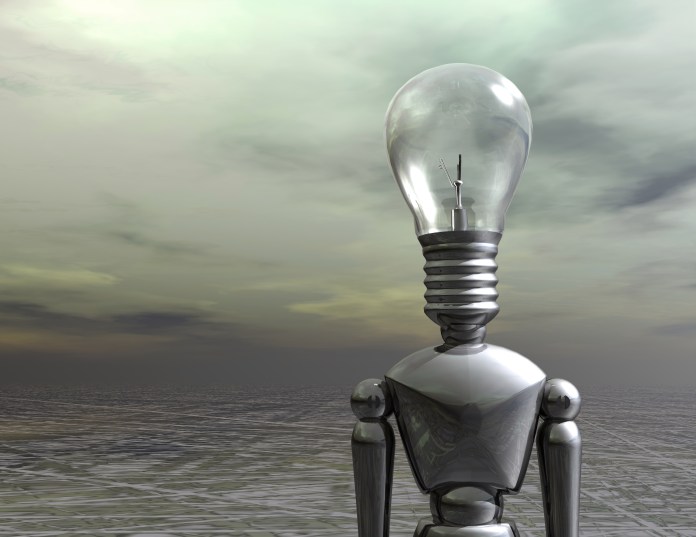 In Robot-Proof, Prof. Aoun argues that the changes brought by AI will require universities and learners to rethink their approach to education. For learners, a key goal will be to find ways to distinguish themselves from machines.

“The fact remains that machines will keep getting better at performing skilled work. Consequently, many people are recognising that education needs to transform into a lifelong pursuit that enables them to upskill and retrain continuously as they try to stay a step ahead of the job-eating robots,” Aoun says.

Many of the jobs today’s learners will occupy in the next 20-30 years do not even exist today. This means universities must repurpose themselves to serve learners throughout their working lives. Prof. Aoun calls for a new education model that is different in delivery method, content and context.

The key change is to shift toward education that strengthens creativity, the one area where humans will continue to excel. AI algorithms are very efficient at retrieving patterns and making predictions based on data. But when it comes to abstract thinking, common sense and transfer learning, humans still have the edge.

This is why humans only need a few hours to learn a new computer game while it takes a deep learning algorithm thousands of hours’ worth of playtime to reach novice level. Meanwhile, humans can quickly apply abstract concepts learned from one domain to another, while for AI, every new task is a fresh new challenge that must be learned from scratch.

“Creativity combined with mental flexibility has made us unique – and the most successful species on the planet,” Prof. Aoun writes in Robot-Proof. “They will continue to be how we distinguish ourselves as individual actors in the economy. Whatever the field or profession, the most important work that human beings perform will be its creative work.”

How does the education system reinvent itself to nurture creativity?

Instead of training labourers, a robot-proof education trains creators.

“A robot-proof model of higher education is not concerned solely with topping up students’ minds with high-octane facts,” Prof. Aoun says. “Rather, it refits their mental engines, calibrating them with a creative mindset and the mental elasticity to invent, discover or otherwise produce something society deems valuable… Instead of training labourers, a robot-proof education trains creators.”

Higher education should adopt a model that puts more emphasis on “experiential learning,” Prof. Aoun stresses, which removes the boundaries between the classroom and real life.

Experiential learning replaces the passive absorption of information with the integration of knowledge and real-world experience. This enables the learner to practise “far transfer”.

“Transfer occurs when skills or knowledge are learned in one context and the student successfully applies them to another,” Aoun says. Near transfer happens when the contexts are similar, such as poetry and drama. But when the contexts are largely disparate, such as poetry and public relations, the transfer is far. “The students are encountering an entirely novel situation but are able to step back and understand how, embedded in the context, they can use their knowledge to solve a problem,” Aoun says.

Efforts in AI transfer learning have so far been limited to very narrow tasks, such as tuning a trained image classifier on a new set of images. For humans, being to apply abstract concepts from one domain to another will be key to constantly learning new skills as AI transforms the world around us.

History shows that we’re very bad at predicting the future, and we don’t know exactly how the future of AI will unfold. But what’s for sure is that the current and next generations of learners will have be very versatile and flexible in their acquiring new skills as algorithms become smarter and smarter.

“Our potential to master far transfer is our competitive advantage over intelligent machines,” Aoun writes.

This article was written by Ben Dickson from The Next Web and was legally licensed through the NewsCred publisher network. Please direct all licensing questions to legal@newscred.com.